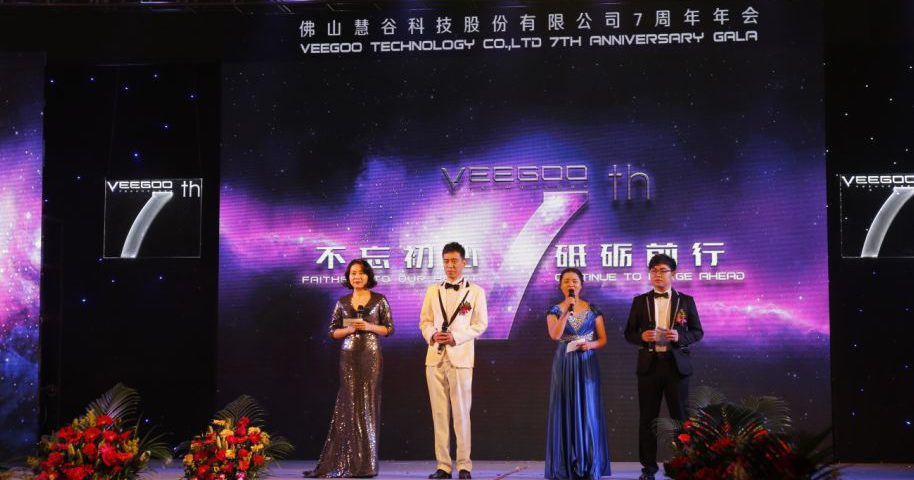 18:18 Jan. 20th, Veegoo 7th Anniversary Gala was held in Veegoo new factory. First, we thank all the guests and friends who celebrated Veegoo anniversary gala with us together.

With more than 500 people, Veegoo anniversary gala was full of happiness and laugh.

With the screen shows: 5-4-3-2-1, Veegoo anniversary gala starts, 7 phoenix give us a wonderful dance.

Four hosts come into stage to welcome all the guests and friends to Veegoo.

Then the screen shows our workers working in Veegoo, and GM Christina gives an amazing speech of Veegoo 2017.

After the toast ceremony, Veegoo gives the awards of all the outstanding suppliers and employees. Veegoo’s success can not be achieved without those people.

Veegoo anniversary gala has our own hosts and actors, maybe not professional, but we all do our best to present a wonderful night to all of you! We are proud of being a member of Veegoo!

The gala ends with the song “Memorable Tonight”, all the guests and friends come into the stage to take a family photo together. See you next year!

【Veegoo Technology】90th Quartz Line in the world, 2021 has a perfect ending!